The first female to ever lie in state at the capitol 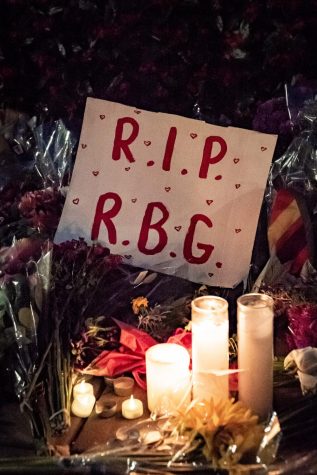 Photo by Gayatri Malhotra on Unsplash

Photo by Gayatri Malhotra on Unsplash

Millions of Americans share in the grief at the passing of Supreme Court Justice Ruth Bader Ginsburg last Friday. Ginsburg can be considered a pioneer of equal rights protection through her total 483 Supreme Court decisions.

Justice Ginsburg is the first woman in history that will lie in state on the steps of the capitol. The honor, often bestowed to Presidents, has not been given to a Supreme Court justice since the death of former president Howard Taft – who also served as a Supreme Court justice after the end of his term –  in 1930. The honor usually lasts one day; Justice Ginsburg will lie in state for two days.

Of her work, Supreme Court Chief Justice John Roberts said, “Her voice in court and in our conference room was soft. But when she spoke, people listened.”

Ginsburg’s work on behalf of gender equality spans many court decisions. Here are just a few that she is responsible fore:

After being awarded the Radcliffe medal by the Dean of Harvard’s Radcliffe Institute for Advanced Study, Ginsberg said this:

“Fight for the things that you care about, but do it in a way that will lead others to join you.”

Ginsburg’s legacy will live on for years.

The current question now is whether the Trump administration will push to fill Ginsburg’s spot before the November election. Read more about Trump’s candidates and that decision here.

Presidential debate fast approaching – how will you cover it?

The presidential debates are one of the only opportunities for the two candidates to discuss face-to-face their differing opinions. Besides the debates, the only interactions the candidates have with each other are in response to political advertisements or statements that the other candidate has made.

Naturally, journalists flock to the presidential debates for relevant content. Yet, journalists very rarely cover the entire event; rather, they focus on small snippets that are sensationalized, embarrassing, or play on the downfall of one candidate in light of another.

Journalist’s Resource’s “Election Beat 2020” series features weekly articles by Thomas Patterson, Bradley Professor of Government and the Press at Harvard Kennedy School, focusing on research-based topics relating to the election and how journalists cover it.

This week Patterson focused on sensationalism in covering presidential debates. Patterson argues the challenge for news media outlets and journalists to cover the entirety of the debate rather than focusing on small moments that capture attention because of their sensational or “winning” attitude.

The debates hold a purpose – try and identify what that is in your coverage.

It’s never too late to honor seniors and induct members

How to get involved in the election when you cannot vote

Teen Vogue recently released a list of ways to get involved with the election process if you are currently ineligible to vote: 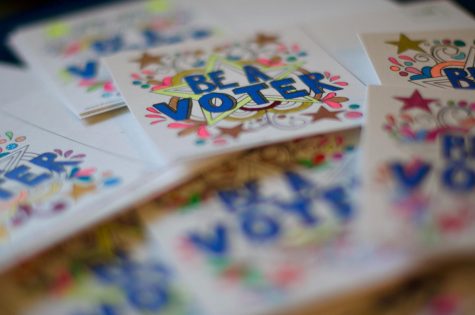 Photo by Dan Dennis on Unsplash

The Metronome clock in Union Square in Manhattan has been part of a living art exhibit since 1999, according to an article by NYC: The Official Guide. The clock previously displayed 15 digits on the side of a building: the first seven digits corresponded to military time, the eighth digit represented hundredths of a second and the last seven digits signified the time left remaining in the day.

The clock changed to represent a different state of time on Sunday. It now displays the “CLIMATECLOCK,” a numerical estimation of the time Earth has left before we surpass our “carbon budget.” That “budget” merits the goal of staying underneath a global temperature rise of 1.5 degrees Celsius since the beginning of the industrial revolution.

Messages such as “The Earth has a Deadline” began to appear on the art display on Saturday before the clock was reset. The Climate Clock will remain on display through September 27, the end 0f Climate Week.

The 72nd Emmy Awards were hosted virtually by Jimmy Kimmel Sunday night. In spite of its record low viewership, the show ended with some pretty incredible moments.

Zendaya is commonly known for her role in Disney’s television shows, “Shake it Up” and “K.C. Undercover.” She also stars alongside Tom Holland in the two most-recent Spider-Man adaptations.

“Euphoria” explores sex, drugs and high school in the dark drama series. It is expected to return for a second season.

Kimmel attempted to poke fun at the COVID-19 pandemic by “burning off” the germs on the first award announcement card – and almost lit the whole stage on fire in doing so.

Jennifer Aniston puts out a fire and saves the #Emmys! pic.twitter.com/hUBfzVzTn8

A grand jury ruled Wednesday that two officers involved in the death of Breonna Taylor were justified in firing their weapons into her apartment. Another was charged with recklessly firing rounds into a neighboring apartment, but not for Taylor’s death. Protestors around the country reacted to the news (first video below), while the police involved spoke to CBS News (second video).

Of course, opinions about the case are varied, and this one from the Washington Post argues that a single charge and some spending on police reform aren’t enough in this case.

And you can always count on The Poynter Report to put media coverage into perspective.