By Sylvia Clubb, Quill and Scroll

Why ‘Freedom Day” needs to be considered an official federal holiday

“The people of Texas are informed that in accordance with a Proclamation from the Executive of the United States, all slaves are free. This involves an absolute equality of rights and rights of property between former masters and slaves, and the connection heretofore existing between them becomes that between employer and hired laborer.” — General Order No. 3, Maj. Gen. Gordon Granger

Union Maj. Gen. Granger arrived in Galveston, Texas to announce to the citizens of Texas that all slaves were free on June 19, 1865, over two years after the Emancipation Proclamation was put into effect by President Lincoln, and two months after the end of the Civil War.

The delay in announcement was caused by a variety of problems: the Emancipation Proclamation was only immediately enforced in Confederate States that were under the control of Union armies, a lack of Union manpower in Texas and 19th-century communication limitations, as well as the withholding of information by slave owners to slaves.

Even with the announcement from Gen. Maj. Granger, freedom was not immediate. Former slave owners withheld this information until government officials arrived at each individual property to enforce the proclamation, according to Henry Louis Gates Jr. for PBS.

Even so, the news meant that all slaves in the United States were now, legally, free. The day was celebrated in a multitude of ways, including with prayer, song, feasting and dance, according to Encyclopedia Britannica. The first unofficial celebration and remembrance of the day began on June 19, 1866.

The first state to formally recognize Juneteenth as a holiday was Texas in 1980 – over 100 years after the day was first celebrated. As of today, 47 states recognize Juneteenth as holiday. However, Hawaii, North Dakota and South Dakota do not celebrate the holiday. Presidents have issued proclamations recognizing the commemoration of Juneteenth, as has the Senate, according to the Congressional Research Service on June 3. But, this doesn’t make it an official holiday in the eyes of the United States government.

So, let’s look at what are considered national holidays. 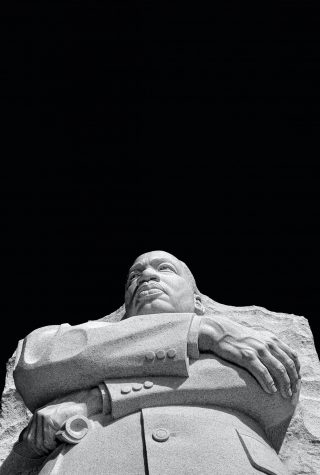 United States’ holidays celebrate about a handful of things: the start of a new year, important political officials throughout history, soldiers, successful harvests and a single denominational religious celebration. We nationally celebrate and recognize holidays that mark the history of the United States – but not all its populations.

The recognition of Martin Luther King Jr.’s birthday as a federal holiday is included in the Uniform Holiday Act; instead of being celebrated on King’s actual birthday, January 15, the holiday floats to the third Monday of the month. There is no specific celebration, or recognition, of the complete history of African Americans in the United States. Additionally, the history of an entire population cannot be summed up by one day of recognition.

As the most widely recognized celebration of freedom of African American people in the United States, Juneteenth represents more than just the day former Texas slaves learned of their freedom.

On today, June 19, 2020, 155 years after Maj. Gen. Gordon’s order, we do not live in a world of freedom and equality. As citizens across the world participate in the Black Lives Matter movement, Juneteenth is receiving more national media attention than ever. Educating Americans who may be unaware of the holiday is a critical step in gaining national reception, as well as federal recognition. Partake in educational opportunities, share your knowledge with unknowing friends and family and act as allies and participants in recognizing the history of Juneteenth.

Yearbook Contest is open for entries

The Quill and Scroll Yearbook Excellence Contest is ready to start taking your entries.

You may get started right here.

Please know that this is a digital contest (the third year in a row we’ve done it digitally), so all entries go into a cloud storage where judges around the country can access them.

Entries for the Theme Development category are $10, and all other categories are $5. There are no limits to the number of entries in the $5 categories. Schools compete in two classifications: Class A for schools with 750 or more students, and Class B for schools with 749 or fewer students in grades 9-12.

The answer is yes and no. For the summer workshops we’ve partnered with, all have transitioned to an online format, except for Indiana University and the Institute for Environmental Journalism, who have canceled due to the impact of the novel coronavirus.

Here’s a quick summary of the new online policies our partners have adopted in lieu of this global pandemic:

Q&S Student Advisory Board deadline has been extended to Sept. 1

Here’s your chance to take on an important leadership role and help make important contributions to a unified project released for nationwide engagement in the fall semester every year. To top it off, you’ll work directly with our director to help promote the ideas and importance of scholastic journalism. Plus, it looks great on a resume! The deadline this year was extended to Sept. 1, so mark your calendars and apply here!

We published this update earlier this spring. It includes a simplified order form for schools and advisers willing to pay via credit card, and an offer to host an online induction ceremony for your students.

A reminder about cords

As the only hotline service in the United States and Canada ran by all transgender operators, “Trans Lifeline” recently gained attention across social media during June, recognized as international Pride Month.

Photo by Toni Reed on Unsplash

Many posts list the hotline as new, but the “Trans Lifeline” has been up and running since 2014. Since its founding, the hotline has answered nearly 100,000 calls. The hotline now also offers help in Spanish.

While not surprising that the non-profit organization has gained attention during Pride Month, the attention also comes on the back of the Supreme Court’s June 16 ruling that secures protection of gay and transgender workers from workplace discrimination. The vote states that Title VII of the Civil Rights Act of 1964 bars job discrimination based on sexual orientation and gender identity.

Pride Month events take place all over the world. Click here to view a general events calendar for the US.

The Bachelor’s back… again

ABC’s “The Bachelor – The Greatest Seasons – Ever!” brings back old stars and old controversy

If you thought it was good the first time you watched it, the second time will probably make you cringe… and binge again. The suspension of the 16th season of “The Bachelorette” starring seasoned Bachelor Nation member Clare Crawley marks the longest hiatus of the spin-off since its first few seasons. Naturally, ABC decided to bring the show back, literally.

“The Bachelor – The Greatest Seasons – Ever!” features producer determined fan favorites from the combined 38 complete seasons of the show. ABC keeps fans on the edge of their seat by announcing featured seasons in series’. So far, season 17 bachelor Sean Lowe and season 11 bachelorette Kaitlyn Bristowe’s seasons have been featured on Monday nights.

Now, this isn’t just a playback of their respective seasons – this is a recap with commentary from stars of the season, as well as feedback from other Bachelor Nation stars.

Starting with Lowe and his wife Catherine gives viewers a renewed sense of trust in the show as one of the most famous successful couples the franchise has produced. Bristowe, while not as lucky, did have one of the original “most dramatic seasons ever” the show aired and is currently dating another Bachelor Nation star, Jason Tartick.

The next season recap set to air is “The Bachelor” season 20 with Ben Higgins. If the show makes you long for the original moments, you can watch all 24 seasons of “The Bachelor” as well as its spinoffs are available on multiple streaming services.

Of course, it wouldn’t be “The Bachelor” without newfound drama. With Chris Harrison teasing a proposal to Kaitlyn Bristowe and current boyfriend Jason Tartick, fans expected an engagement at the end of the June 15 episode.

While not a marriage proposal, Harrison invited Bristowe to be a contestant on the 29th season of “Dancing With The Stars.”

Bristowe was shocked at the offer as she had previously clashed with “The Bachelor” creator Mike Fleiss and her ability to go on the show. Either way, you will be seeing another member of Bachelor Nation on the show this fall.

She’s been ready Watch @kaitlynbristowe take the stage during this season of #DWTS!

The Great Barrier Reef Foundation and Queensland Government recently released drone footage of 64,000 green sea turtles nesting off the coast of Raine Island in Australia. Green sea turtles are among the 40,000 endangered species on Earth.

The astounding image does not reflect the success of nesting, however. According to the Rain Island Recovery Project, changes in the island’s landscape caused by climate change often results in the destruction of many nests – and with that eggs – of the green sea turtles.

Even if the eggs become hatchlings, “only one in a thousand hatchlings will reach maturity…” the Rain Island Recovery Project said.

The project works toward creating higher success rates for the turtles. Installed fences have prevented the death of nearly 400 turtles, according to Nam. The project has also tagged 2,000+ turtles.

Watch the video below to see the turtles preparing to nest.

The U.S. Supreme Court Thursday decided 5-4 against the Trump administration’s attempts to end the Deferred Action for Childhood Arrivals, the Obama program that saved from deportation adults and others who had been brought to the United States as children and have known no other home.

The decision didn’t rule specifically on the constitutionality of the the program, but rather that the Trump administration’s actions in trying to end it were “capricious.”

Here’s a story that gives some reaction by the people directly affected by the decision.