Hurricane Ian is top across news outlets this week. It’s widely regarded as the most powerful hurricane in the Florida since Michael in 2018. As of Oct. 4, the death toll has already reached 101 Floridians.

The storm then moved into South Carolina, after damaging Cuba and Florida’s southwest coast.

The coverage has yielded some surprising responses and stories —

• A feature on a NOAA hurricane hunter who said “it gave him the roughest flight of his career.”

• Disney World has already announced they will reopen, and

•  NPR captured a photo of an store declaring Ian would get no ice cream.

Unless your school was in the affected path of the storm, reporting directly on the damage would be an unlikely reporting angle for high school students. However, there may be some instances where students have a direct link to report on. For example, in California, the governor deployed a handful of first responders to Florida to aid in the response.

It’s more likely that’s not the case, but that does not mean there is no way to personalize the story. Experts are saying storms of these magnitudes are going to be more common due to climate change. The Environmental Protection Agency has a “Students Guide to Climate Change.”

Droughts have been at an all time high in the Midwest and fires raged on the West Coast during the summer — while it is not directly related, the machinations of climate change are already being seen across the country with tangible effects already. Lastly, covering climate changes’ impacts in your community is a wonderful way to personify a more nebulous term.

Chapters, moving beyond just straight reporting, could organize supply drives within their schools or communities to send to Cuba, Puerto Rico, Florida or South Carolina, as well as become partners with local organizations to help relief mitigation. However, sometimes plain fundraisers are most appropriate for scenarios like this to the recipients can take the money and purchase items how they see fit.

Hunger still increasing after the pandemic

President Biden was host to a hunger conference last Wednesday to bring attention to federal efforts to reduce child hunger. Several hundred people attended, including members of Congress, and activist and interest groups.

The conference comes two years after the Census Bureau determined that child hunger rose during the pandemic. The result was debated many times over throughout the year regarding the second-revival of the Build Back Better Act and again during the Inflation Reduction Act, both as it related to the Child Tax Credit.

President Richard Nixon was the last to hold a hunger conference which resulted in the Women, Infants and Children (WIC) program, as well as the first groundwork for federal school lunch assistance.

The conference, after detailing its lofty language and ideas, delved into a federal-policy discussion. There is no impression students care about this part. However, it is noteworthy that hunger impacts each region differently. Perhaps it affects your students acutely or your community broadly.

But assigning students to write reports of this issue in their community will likely be as interesting as the aforementioned legal discussion. Ultimately, these various topics affect people. If there is a high number of long-standing social disparities of this type, features would be really powerful to both the subject and the writer: it would personalize words like “homelessness” or “hunger.” Remember that one of SPJ’s points in their Code of Ethics is “give voice to the voiceless.” In addition to this topic, the USDA also formally discontinued their nation-wide free lunch program — the effects on your student body as a result would be important to cover.

Chapters, moving beyond just straight reporting, could organize supply drives within their schools or communities to send to Cuba, Puerto Rico, Florida or South Carolina, as well as partnering with local organizations to help relief mitigation. Working on local supply drives and fundraisers is a prominent way for Chapters to become participants in their communities. Sometimes, fundraisers are most appropriate for scenarios like this to the recipients can take the money and purchase items how they see fit.

The U.S. Department of Education announced last week it had given $1 billion to 56 states and territories across the country for mental health resources for schools.

The funds came from both the American Rescue Plan and the Bipartisan Safer Communities Act. The BSCA was passed after a string of mass shootings last year, including an elementary school in Uvalde, Texas.

While there have already been 32 school shootings in 2022, according to EdWeek’s tracker, this money is geared more toward building and supporting student mental health. Some of this money has already been put in place by various school districts across the country.

Students and staff are still likely reeling from COVID closures and its isolation. Students could report on what mental health support and the status of it is in your schools. For example, does your school have student groups for students to talk with other students? There’s a feature.

Does your school have a high rate of mental health issues stemming from a common cause? Mental health has become a more acceptable and valued topic since online school and initial quarantines.

If you’re not in your publication cycle right now, however, do not fret. This would also be a great teachable moment for journalists to talk about media ethics and how to cover certain, emotionally difficult stories.

For example, you could focus on photos. What is a good photo to publish, and how can a reporter ethically cover this story?

Emergencies don’t have to be shootings or hurricanes, but could be a fire evacuation or something similar. Having a conversation with your staff about creating an emergency reporting plan will help with various reporting experiences. 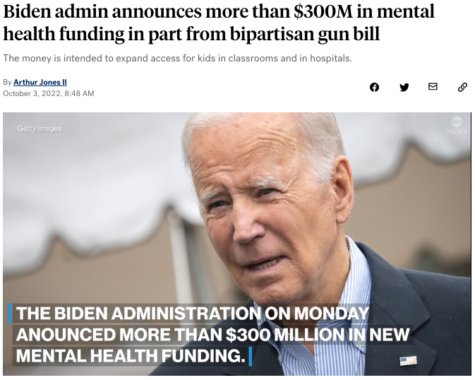 Congratulations to Richland
for winning this year’s award

Quill and Scroll’s chapter at Richland High School, in Essex, Missouri, earned the Vanessa Shelton Chapter of the Year Award for its journalistic outreach and commitment to Quill and Scroll’s Eight Guiding Principles.

Adviser Kyle Carter has a “powerhouse” of a staff, as he said. They are involved with their other county schools and deeply invested in their community.

Applications are already open for the 2023 Chapter of the Year award. You’re doing great work. Make sure to enter by April 1.

The 2022 Yearbook Excellence Contest is only open for a little more than one week! Entry deadline is Oct. 10, and here is a link to complete descriptions of those 30 categories. Instructions on how to enter are here, and you can even pay with credit or a check/purchase order. Remember, payment is due when you enter the contest, which you can do online.

Please use this form for a credit card order, or this form to use a check or purchase order.

Don’t forget you can nominate members year round

It’s a great time to submit members for Quill and Scroll! By submitting members now, students can be active members in their chapters for the remainder of the year. By having students join now, you can also avoid the spring rush!

I have to admit, last week I was a little worried.

However, advisers, thank you for nudging your students to be on the Quill and Scroll Advisory Board! We will have a robust board of student journalists, who I will be congratulating this week.

I will be announcing our final Student Advisory Board members in our next Weekly Scroll. (After we first, let them know they were selected.)

This group will meet on a monthly basis to work on projects that will benefit other chapters and students. I’m also excited to work with them and solicit feedback from them on what we should continue and improve here at Quill and Scroll.

I’m looking forward to announcing this group and bringing them together in the next few weeks.

Thanks again for your help! I couldn’t do this without you. 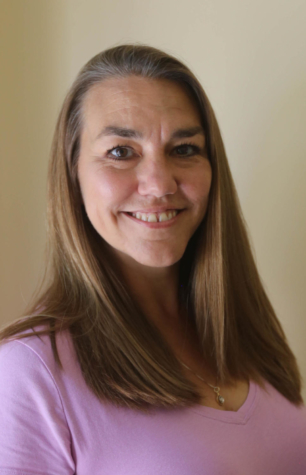