Sarah Palin lost her libel suit against the New York Times last week. The judge ruled that former half-term governor of Alaska’s attorneys didn’t prove that the Times acted with “actual malice” when it published an editorial in 2017 that claimed Palin’s 2011 campaign images of bullseyes on Democratic office-seekers led to a mass shooting in Phoenix that killed six people and seriously wounded former U.S. Representative Gabby Giffords.

The Times published an editorial in 2017 after a shooting in Washington, D.C., injured another U.S. Representative, Republican Steve Scalise. When it realized it had made a mistake, the Times soon after publishing the editorial, wrote a correction and apologized for the error.

The “actual malice” standard was established in 1964 when the U.S. Supreme Court decided Times v. Sullivan, a case involving the New York Times.

The first amendment grants freedom to the press to publish whatever they want — with some exceptions.

It is important that your newsroom understands what libel and defamation are, as well as the consequences. One of our priorities as journalists is to minimize harm and this includes slander.

C-Span offers a lesson in libel laws that publications should refresh themselves with. The lessons offers some questions to ask students:

Refreshing your knowledge of libel can help your newsroom to avoid legal situations and unintentional harm.

A silver lining in remote learning

While many students didn’t love online schooling during the pandemic, new research shows that students were actually bullied less during remote learning.

The study found that the difference in bullying tendencies online and in-person were small but meaningful.

Students, parents, and educators alike look to in-person learning for the social and emotional benefits, but this research reminds schools that, for some students, returning to school is detrimental.

Media coverage on social issues can play a huge role in how communities recognize and address these problems.

Stop Bullying offers media guidelines for covering bullying. The page offers best practices for what stories to cover and how to provide balanced coverage.

Keep in mind how the story will affect those involved and their families and if the coverage will help your audience to better understand how to prevent bullying.

There is also a “What to Avoid” page for how NOT to cover bullying in your publication.

Common pitfalls in this coverage include overstating the problem, oversimplifying and sensationalizing,

The Kids Online Safety Act would require apps to create stricter safety measures for user under 16 including tools to protect against stalking, exploitation and addiction.

The bill follows the hearings from Facebook whistleblower, Frances Haugen, you warned Congress about the harm social media has on children.

Online safety has been issue since the rise of social media. Schools and parents have been working to help their children to navigate the internet.

One avenue for this story would be to see how parents and teachers feel about this law. What other solutions have people at your school thought of?

You could poll your classmates! How many students at your school use social media? Do they ever eel unsafe or insecure form it?

The Association of American Educators has a guide for polling students. The guide offers five different ways to do so and the benefits of each one.

Announcement of winners will come March 25

Quill and Scroll received nearly 2,000 entries in the 2022 Writing, Photo and Multimedia Contest, and we have sent the entires to our judges and they are hard at work picking the winners!

The announcement of school Blue and Gold winners as well as individual winners will be Friday, March 25 on this website and on our Twitter feed.

Quill and Scroll will award the $500 Lester G. Benz Scholarship to an adviser who undertakes a professional development activity over the summer or in the 2022-23 academic year.

The PSJA Journalism Contest, co-sponsored by Quill and Scroll, seeks to honor the best journalism produced by private and independent school students. It is a “portfolio” contest, one that seeks not to reward single stories, but a pattern of excellence over the course of a year.

Other than Editorial Leadership, work produced for the contest should have been published in a news publication—in print and/or online—or yearbook between April 1, 2021 and March 31, 2022. Deadline for entries will be Friday, April 1, 2022. A virtual awards ceremony to announce the winners is planned for Monday, May 16, 2022 at 7 p.m. EDT.

The top school will also earn free memberships to Quill and Scroll for its winning students, provided they meet the organization’s academic standards (3.0 GPA or top-third in one’s class: sophomore, junior or senior).

For PSJA members, the cost for your school is $20 per entry. PSJA membership is free. To join, schools must enroll here to also receive the newsletter. Non-members pay $25 per entry. To become a member, email PSJA Director David Cutler (dcutl[email protected]) and join our newsletter.

If you are interested in entering the contest, email PSJA Director David Cutler ([email protected]), who will send additional instructions and an entry form. 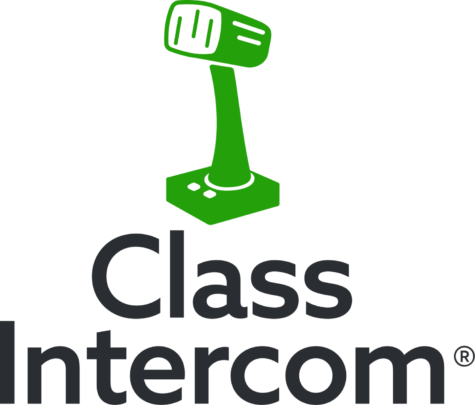 The nomination period extends from Feb. 21, 2022 through Friday, March 4, 2022 and will be followed by a public voting period before this year’s Content Generation Award winners are announced at the end of March.

Nominations are open to students and educators at schools of all types, including K-12, secondary, post-secondary, public, private, religious, and parochial schools.

To learn more about the Content Generation Awards and view last year’s winners and runners up, visit https://classintercom.com/the-content-generation-award/.

Has your reporting made a difference in your community? Apply by March 15

The Student Journalist Impact Award recognizes a secondary school student (or a team of students who worked on the same entry) who, through the study and practice of journalism, has made a significant difference in his/her/their own life, the lives of others, the school he/she/they attends and/or the community in which he/she/they resides. (NOTE: This is not a scholarship competition. Do not send transcripts.)

Fifteen-year-old Kamila Valieva, originally a frontrunner in the figure skating competition at the 2022 Beijing Olympic Games, stirred up controversy at the games.

While Valieva was originally suspended by the Russian Anti-Doping Agency after testing positive, they later cancelled the suspension, a decision that was upheld by The Court of Arbitration of Sport, allowing her to continue competing in the Olympics.

Multiple famous figure skaters like Adam Rippon and Kaitlyn Weaver have expressed their disappointment in the decision to allow her to compete. Rippon called it “a complete slap in the face” to CBS news.

Rules and regulations are important to any athletic event- especially when it comes to higher profile ones like the Olympics. Understanding the reasoning behind these decisions is important as a journalist to make sure that your reporting is informed and clear.

This is a great opportunity to write an opinion piece on the presence of doping in the Olympic Games. Do you agree with the decision to allow Kamila Valieva to continue competing? Should she be banned? Identify what your opinion is in this sea of controversy and explain your reasoning.

Utah is at the center of an ongoing national debate in which many are calling for all transgender athletes to be banned from competing in categories that match their gender identity.

Lawmakers have proposed a “School Activity Eligibility Commission,” which would essentially require all transgender athletes to be evaluated on a case by case basis to determine whether or not their individual statistics are at the same level of the age and gender of other athletes.

This is just the latest addition to an ongoing outcry nationally to define whether or not trans athletes should be allowed to compete. Earlier this month Governor Kristi Noem from South Dakota signed a law that bans all transgender girls from competing in women’s sports. In over twenty states, legislators have supported bills that would not allow transgender girls to compete on high school sport teams.

Topics like these can be confusing to navigate because there is such a mix of political and scientific information. The important thing is to look at the facts here: there are almost no studies that show there is scientific evidence for banning trans athletes from competing with the gender they identify with.

The National Center for Transgender Equality has a guide for journalists on how to report about transgender issues, which includes important terminology and definitions. Utilize this source when tackling these subjects.

Report with sensitivity. Respect gender pronouns of those your interviewing and your fellow reporters. Creating a community that prioritizes inclusivity allows you to report with a greater sense of empathy.

Sports are out and shorter video content is in, according to new data

New data identify consumer trends among Generation Z that moves away from the typical notion of extreme sports fans. Consumers aged 16-24 are no longer watching entire games, as they prefer to watch shorter video content.

This data supports the creation of apps like TikTok and Instagram Reels, which cater to the shorter video content Gen Z enjoys. For television networks and sports channels, this news could be troubling.

Only half of people in Gen Z would say they are a sports fan, meaning that sports brands may suffer greatly in the upcoming years as viewership and merchandise consumption will likely decrease.

Conduct a poll at your school. Find out if students expect extensive coverage of organized sports, and what kinds sports beyond the officially sanctioned ones they’d want to learn more about. They probably have great stories to tell about their own adventures in sports that aren’t a part of your state’s official high school sports association.

Finally, but most importantly, it tells you that your audience may not be all that interested in hearing your opinions about professional and collegiate team sports unless there’s a school angle for the story.

Bottom line, cover high school sports first and best, and diversify that coverage to include lifetime sports and students at your school that compete outside the bounds of your school grounds.

This week, we shine a light on their work because it’s Scholastic Journalism Week across the United States. On Thursday, we celebrate Student Press Freedom Day.

This year’s SJW theme is “Amplifying Voices,” and that’s what this podcast — along with two more released in the next few days — will do. The voices we’ll amplify are those of the Quill and Scroll Student Advisory Board.

In the tw0 episodes below, you’ll hear from seven young journalists who are working to make their communities a better place.

In Episode 36, they are Aleen Gul from McLean, Virginia; Kathleen Ortiz from Kingwood Park, Texas; Emma Diehl from Trinity, Florida; and Kate Farr from Antwerp, Ohio.

In Episode 37, they are Sandra Koretz from Los Angeles, California; Aric Shah from Austin, Texas; and Caroline Mascardo from Iowa City, Iowa.

Episode 38 will be released on Student Press Freedom Day, Feb. 24.

In every episode, students will address the Student Press Freedom Day theme, #unmuteyourself. Find all THE SOURCE episodes on the Quill and Scroll channel on Podbean.