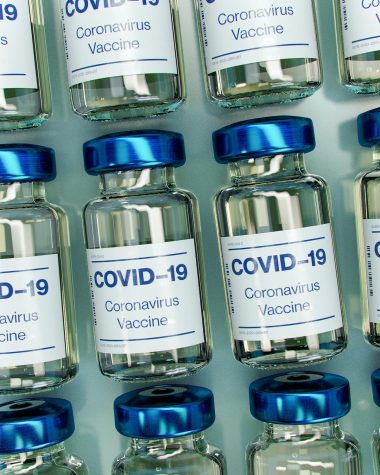 Photo by Daniel Schludi on Unsplash

The U.S. Food and Drug Administration recently OK’d use of the Pfizer vaccine for children as young as 12 years old. The number of students vaccinated before fall semesters begin in August and September could likely signal an “all clear” for classes and extracurricular activities in every school, every district and every U.S. state.

This is the link to register.

Register, and attend the news conference, but unless there’s breaking news to write about from it, make the information you get the basis for a local story about the pandemic, the vaccine and your district’s or your school’s plans for the fall semester.

Before you attend the news conference, begin planning the story and preparing questions for FDA Acting Commissioner Dr. Janet Woodcock, as well as for Dr. Peter Marks, the agency’s director of the Center for Biologics Evaluation and Research.

Also figure out what sources you’ll need locally to make this a better story. Certainly your school and/or district officials count for as local “expert” voices, which are always important for issue stories such as this. But also think about the potential stakeholders in the story. Whom will you interview? Parents and students, certainly, as well as local healthcare providers would help, whether they’re all in on getting and encouraging others to get the vaccine or whether they’re more reluctant to get it or to have their children get it.

In addition, do your research about the Pfizer vaccine and its efficacy and any side effects people have experienced. Make sure you’re using credible sources. If you’re uncertain about what a credible news source is, Mediabiasfactcheck.com is a great place to start. You’ll also want to go to the FDA website to read more about the people you’ll be interviewing, as well as about the government’s plans to help eradicate COVID-19, which has contributed to the deaths of nearly 600,000 Americans and 3.34 million people around the world over the past 17 months.

It’s possible the FDA commissioner could announce breaking news. If she does, certainly write about it as soon as you’re able to confirm it is news. You may also choose to assign one person to attend the conference just to create social media posts about what you learn. As with all social media, be careful to make sure you’re not repeating incorrect information or misunderstanding the speaker.

Southeast U.S. experiencing trouble getting fuel for cars after cyberattack

Let’s be clear. There’s plenty of gas in the U.S. for those of us who still drive vehicles that run on petroleum products. Unfortunately, because of a cyberattack on a pipeline that delivers fuel from refineries around the Gulf of Mexico to the Southeast U.S., drivers in those states have been having trouble fueling up.

If you live in the Southeast, there’s the potential direct problem of getting to school, whether it’s by school bus or private car or car pool. Is your school and/or district preparing for this? But what about Memorial Day vacations and tourism, which is an especially large part of the economy in states such as Florida and others along the Atlantic Ocean? And, my goodness, how vulnerable to hacking are we all? Do you know any experts on cybersecurity who can answer students’ and parents’ questions about the safety of their personal information, whether it’s school records or passwords to shopping accounts such as Amazon.com? 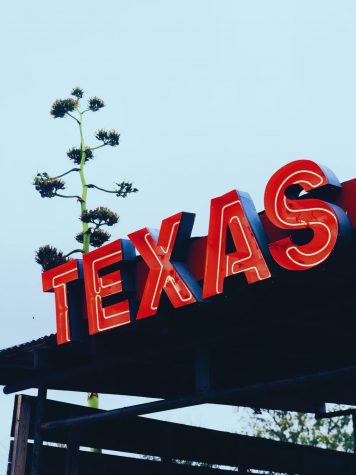 Photo by Enrique Macias on Unsplash

The Texas House of Representatives this week passed a bill along party lines that would eliminate the teaching of critical race theory in its schools. Social studies teachers would have to steer clear of a line of study that the American Bar Association describes as “not a diversity and inclusion ‘training’ but a practice of interrogating the role of race and racism in society.”

The reasoning behind Texas’ move is that conservatives consider Critical Race Theory to promote a misunderstanding of America’s history by focusing too much on the negative aspects of it, particularly racism.

In other words, it would be really difficult for social studies teachers to discuss the role that racism has played in our country, and it would likely ban curricula that has sprung from The New York Times’ “1619 Project.”

The bill’s sponsor said this about it: “Do you want our Texas kids to be taught that the system of government in the United States and Texas is nothing but a cover-up for white supremacy? Do you want them to be taught a souped-up version of Marxism?”

If you live in Texas, the stories are obvious. Start following the bill as it moves from the House to the Senate, and then likely to the governor’s desk, where the governor’s signature will make it law for the 2021-22 school year. The focus questions are obvious: How will your school’s social studies teachers and their lessons be affected by the change? Why does the bill’s sponsor and others call CRT “a souped-up version of Marxism?”

But even if you live outside Texas but in the U.S., if your legislature has a Republican majority, it likely is already trying to pass a similar bill or is at least contemplating it. And if this is a good thing, why would state legislatures led by Democrats not also take up the causes? In the bigger picture, how do different states’ curricula affect how students do when they gather together at universities? In other words, if one student is from Texas and has not been exposed to CRT, while a student from Massachusetts has, will it make a difference?

Apply now for Quill and Scroll scholarships before applications close

The Quill and Scroll scholarship applications for students are open now through Saturday, May 15 on our website! Interested in applying? Read below for information.

All Quill and Scroll members as well as national winners in our Yearbook Excellence Contest and International Writing, Photo and Multimedia Contest are eligible to apply for our student scholarships.

It’s that time of the year when Quill and Scroll chapters should be nudging their advisers to think about honoring seniors and inducting new members — be they sophomores, juniors or seniors — into our international journalism honor society.

We’re able to take and fulfill orders, even as Quill and Scroll staff work from both our home offices and our offices at the Adler Journalism Building on the University of Iowa campus.

We published this update in late 2020. It is still valid and includes a simplified order form (See Video Below) for schools and advisers willing to pay via credit card, and an offer to host an online induction ceremony for your students. The sooner you induct new members, the sooner they’ll be able start planning chapter activities in the spirit of Quill and Scroll. Here’s a link to a PDF file of the Q&S Chapter Handbook if you don’t already have it.

Applications are now being accepted for the 2021 Quill and Scroll Vanessa Shelton Chapter of the Year Award. The deadline is June 4, and the winner will be announced in June. The form is at this link.

The 2021 Vanessa Shelton Chapter of the Year will receive:

The 2020 winner was the chapter at Francis Howell North High School in suburban St. Louis, Missouri.

You can read about their activities here.

What will you wear?

If you haven’t been to school in a while, are you planning something spectacular?

The Atlantic magazine explores the history of the fashion industry after more than a year of working and studying from home. But with most of us poised to return to our jobs and schools, we may be thinking about how we can make a splash with our appearance when we do. After all, in the 1300s, the plague gave rise to the Italian fashion industry, which influences us today.

Are you done with leggings? Sweats? Do you yearn to wear better clothes? Or have you gotten used to being a little less dressy?

This sounds like a perfect opportunity to do a fun piece with lots of reactions from students and teachers responding to the simple questions above. This story from The Atlantic is also a great example of a historical feature, which are always fun to report on and read.

Its last editor was fired for racist tweets, so Teen Vogue has turned toNowThis for its new editor, 34-year-old Versha Sharma.

“Versha is a natural leader with a global perspective and deep understanding of local trends and issues — from politics and activism to culture and fashion — and their importance to our audience,” wrote Anna Wintour, the editor of Vogue magazine and head of content for Condé Nast magazines.

I am incredibly excited and grateful for this awesome opportunity. Thank you to everyone who helped get me here! https://t.co/b91bjXi8Rr

I’d recommend picking up a copy or regularly visiting the website of Teen Vogue. If you haven’t been a reader, they’ve been one of the most successful print publications of the 2010s and 2020s by providing in-depth stories to teenagers instead of just assuming you’re interested only in superficial issues. Sure there’s still a lot of fashion and culture news, but there’s also a great deal of politics and other news with an eye toward how it all affects teens.

You can use the magazine as a model, and you can provide your reader with a good review. After all, reviews aren’t just for music and movies; they can also be done of books, magazines, websites, social media — pretty much anything that is trying to sell something to you is potentially worthy of a review. 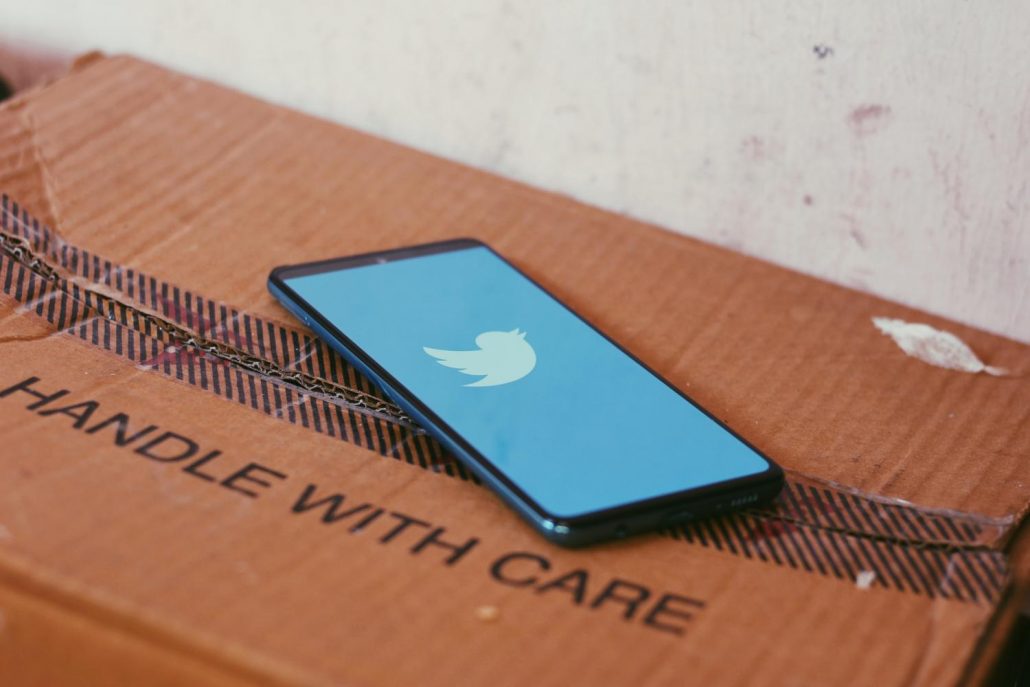 Photo by Ravi Sharma on Unsplash

Truth, Quill and Scroll’s foundational principle, has taken another hit this week with U.S. Rep. Liz Cheney’s (R-Wyoming) ouster from her party’s leadership caucus because of her refusal to embrace the lie that former President Donald Trump won the 2020 presidential election.

In Colorado, lawmakers are standing up for truth.

Back in 2019, the Colorado General Assembly created an advisory panel to come up with recommendations for media literacy standards in the state. The panel included students, teachers, parents, administrators and journalists. One member, Zeb Carabello, was the award-winning adviser at Rangeview High School in the Aurora school district.

This week, Gov. Jared Polis will sign into law the panel’s recommendations, which begin with the state Department of Education to create an online bank of resources for teaching media literacy in the schools. The new law will also provide resources and assistance in using the tools to any school or district that wishes.  The panel’s initial report, delivered to the legislature last year, contains standards and resources for implementing media literacy into every area of a school.

One of the four primary sponsors of the 2021 legislation is Rep. Barbara McLachlan (D-Durango), the former journalism adviser at Durango High School.

Quill and Scroll applauds Colorado’s efforts. As long as the state education department and the experts chosen to create and maintain the resource bank are unbiased themselves, the bank can serve as a proper first step in educating Americans about the value of truth-seeking media that value accuracy and truth-telling over partisan bickering and fear.

We hope the next step is a requirement that demonstrated media literacy be required of all students hoping to graduate from high school and college, or enter the military.

If your state hasn’t already started a similar movement, ask your local legislators why they haven’t, and write about efforts to teach media literacy in your state, your county, your district and/or your school.