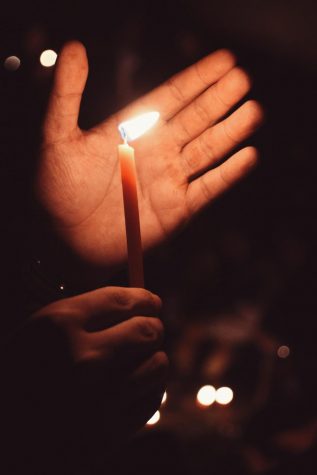 Photo by Ai Nhan on Unsplash

On this date 94 years ago, George Gallup met with high school journalism advisers from St. Joseph, Michigan, to Cheyenne, Wyoming and 17 schools in between to form the Quill and Scroll Honor Society for High School Journalists “for the purpose of encouraging and rewarding individual achievements in journalism and allied fields.”

We’ve conducted contests and publication critiques to reward and honor the best in high school journalism.

We’ve given out hundreds of scholarships to high school journalists who wish to pursue journalism in college, and those students have gone on to stellar careers in a host of professions.

We’ve rewarded advisers wishing to extend their knowledge of their profession and better serve their students.

We’ve funded scholarly work that better informs the world about the work done by high school journalists and teachers.

We’ve recently forged a relationship with scholastic journalists in China in hopes that the light of TRUTH that informs Quill and Scroll’s mission can help shine on that country and convince it to extend greater freedom to its journalists.

Most importantly, student members of our chapters have conducted philanthropic campaigns to further the ideals of the organization. They’ve conducted fundraisers, coat drives, public relations campaigns and food collections to remind themselves and others that journalists aren’t just disinterested observers collecting information and passing it along to the public. We are also members of our communities, our lives inextricably entwined with those of our neighbors.

That’s a deep and lasting legacy of scholastic journalism of which we are extremely proud.

So on this Founders Day we salute those visionary advisers and schools, but we also think about all our futures and how we can continue to build those relationships with our schools and the communities in which they’re situated.

Let us always be inspired by some of the opening words in our now 94-year-old induction ceremony:

Journalism is far reaching it its aims. Its followers carry obligations to society, so tonight I light the candle of TRUTH, symbolic of our aims and aspirations for the world in which we live and that finer world of tomorrow toward which we strive.

We published this update earlier this week. It includes a simplified order form for schools and advisers willing to pay via credit card, and an offer to host an online induction ceremony for your students.

So what schools were among those original 19 schools that founded Quill and Scroll in 1926? And what were the other 60 that joined them in 1926? Glad you asked.

Chapter of the Year deadline is today!

April 10 is the deadline to enter the Q&S Chapter of the Year contest. The entries are free, and you can win memberships, cords and a spot on the Q&S national Student Advisory Board. Do it now!

Adviser scholarship applications are now due April 30. You can earn $500 that you can apply to a program of study at a university or to a summer learning experience such as the JEA Advisers Institute.

Here’s 1996 winner Barbara Hollingsworth Tholen talking about the importance of her Q&S scholarship.

The deadline for application is June 1.

Whom can you trust?

Former Secretary of the Navy Thomas Modly this week told sailors aboard the USS Theodore Roosevelt that journalists are out to divide the country, to create and sow chaos.

“Because the media has an agenda and the agenda that they have depends on which side of the political aisle they sit, and I’m sorry that’s the way the country is now, but it’s the truth, and so they use it to divide us and embarrass the Navy,” Modly said. “They use it to embarrass you.”

President Donald Trump accepted Modly’s resignation a day after his comments, but not because he mischaracterized the work of journalists. After all, President Trump himself has a tenuous relationship with journalists, generally praising those from clearly partisan conservative news media and castigating those from more mainstream nonpartisan organizations.

Make no mistake, trust in the media is low. And some journalists have earned that distrust through sloppy reporting, conflicts of interest and general indifference.

You cannot discount, however, the coordinated campaign since the mid-1960s — specifically Roger Ailes’ life work — to sow that distrust by pushing the “media agenda” canard as hard as they possibly can.

The result is that in times like these, when hard-working journalists in every town and city  — including student journalists — are literally risking their lives to present complete and truthful stories, fully half the population won’t believe what they read or hear because faith has been eroded in nonpartisan journalism, not just by those journalists themselves, but by cynical politicians and pundits, both liberal and conservative.

Believe what you will, and by all means be skeptical about everything you read, but cynicism about our friends and colleagues— and you — is painful and damaging to our democratic republic.

So how can you help rebuild that trust in a nonpartisan press, to help the public understand that you aren’t in this to prove any point or to support liberalism, conservatism, Republicans, Democrats, Greens, Libertarians or Socialists? That you’re not out to divide people, but to unite them in a community that cares about the people in that community?

Start with a statement of purpose that clearly states your raison d’etre and then share that statement with your audiences.

Need help crafting that statement? Look no further than the eight guiding principles of Quill and Scroll for help.

Do that, and you’ll live up to journalism’s highest ideals and to Quill and Scroll’s founders’ vision, established 94 years ago today.