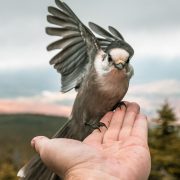 Photo by Alex Iby on Unsplash

As I sit in my basement on a leaden March afternoon in Iowa City, the United States of America has become the world leader in a sad and desperate statistic — COVID-19 infections. It’s 5:30 p.m. CT, and the U.S. has now reported 82,830 cases of the disease caused by the novel coronavirus now sweeping the world. Italy has reported just more than 80,000, and China more than 81,000.

We saw more than 13,000 new cases on Wednesday, March 25, and we’ve seen another 14,619 today, Thursday, March 26. Italy’s rate of infection has stabilized, while China’s rate has slowed to a few dozen new cases per day.

Blame can be cast around, and that’s a particularly popular thing to do, both in the White House and in Democratic political campaigns. Why were those spring breakers so cavalier? Why don’t we have enough masks, enough ventilators, enough tests, enough empathy for each other?

The Service Employees International Union – United Healthcare Workers West (SEIU-UHW) has located 39 million N95 masks & is connecting states, counties, health systems and individual hospitals to the supplier so they can purchase them in quantity.

On one level, that level where professionals engaged in life-and-death decisions and actions every day — doctors, nurses, firefighters, first-responders and literally anyone in health care — assigning blame is insignificant. They just need the equipment in order to perform their jobs and save the lives of others and themselves.

On a macro-level, those are key questions that need to be answered in order to hold people accountable and to avoid these types of mistakes in the future, and the investigations into those questions continue at places like ProPublica, The New York Times, CNN, The Washington Post, your local newspapers and news channels — and in your student media.

Along with some other valuable resources, the Student Press Law Center has compiled a list of the student journalism being done at high schools and universities around the U.S. You’ll see mentions of several of your fellow Quill and Scroll chapters in that list.

The Society of Professional Journalists on Thursday also wrote about a group of students at several schools across the country in their story about scholastic journalism in the Plague Days. You’ll see glimpses of the work done at:

To you all — congratulations. This is why journalism is protected in the Bill of Rights and remains a vital asset in any functioning democracy.

In the meantime, even if you’re not producing journalism at this time, you can do your part in this time of uncertainty simply by staying put, social distancing, washing your hands, not touching your face and providing emotional support for those whom you know and love. Also, don’t get caught up in debates and arguments that provide false dichotomies and choices. We are part of a human family as well as citizens and residents of our home countries. We prize our fellow humans over goods, money and luxuries.

Remember that as you connect with others in virtual environments while sheltering at home. If we love and cherish each other, there is hope.

I’ll leave you with the timeless words of Emily Dickinson’s “‘Hope’ is the Thing with Feathers”:

We are open for business!

Quill and Scroll remains open for business despite the challenges presented by the coronavirus and COVID-19.

Executive Director Jeff Browne and Administrative Assistant Judy Hauge are working from their homes for the time being, but they are able to receive nominations for membership and accept charter applications via email at [email protected].

We will fulfill those orders on a once-per-week basis from our offices at the University of Iowa School of Journalism, which has been closed to students since March 13. We prefer that you communicate with us via the email noted above, though we can accept U.S. mail, if needed.

Adviser scholarship applications are due April 15. You can earn $500 that you can apply to a program of study at a university or to a summer learning experience such as the JEA Advisers Institute.

If you or someone you know is a past scholarship winner, have them reach out to Jeff Browne at [email protected] and we can produce a video like the one below.

Here’s 1989 winner Chris Barton talking about the importance of his Q&S scholarship.

Quill and Scroll encourages students and advisers alike to expand their journalistic skills and knowledge by going to a summer institute this year. They’re fun and valuable. Check out our partners here. 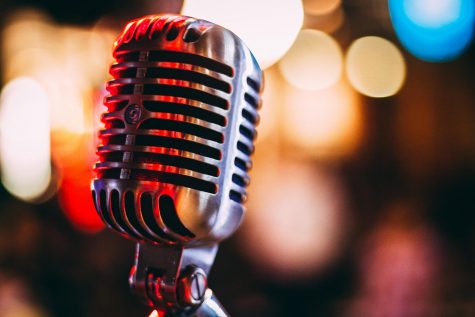 Photo by Israel Palacio on Unsplash

Needless to say, live music festivals and concert venues have shut down along with most of the rest of American social venues while we wait out the coronavirus and COVID-19. That’s sad, for sure, but artists have started to pick up the slack and are playing for their fans in streaming shows, often from the artists’ homes.

Tonight at 7 p.m. ET (6 p.m. CT, 5 p.m. MT, 4 p.m. PT), journalism teacher Jim Streisel from Carmel High School in Indiana will present a home concert tribute to Jason Mraz on Facebook. Last week, it was Amos Lee. Streisel plays in a band called the Dead Squirrels when he’s not squirreled away in his home.

I’ll leave you this week with some thoughts from a doctor in New York who wrote a piece for The Atlantic magazine. (The Atlantic is making its COVID-19 coverage available to anyone as long as the crisis lasts.)

In her piece, “I’m Treating Too Many Young People for the Coronavirus,” she writes:

“I am 28 years old. Up until Friday, when people asked me whether I was scared, I would tell them yes—for my country, my colleagues, my 92-year-old grandmother, and all the people most vulnerable to getting seriously ill from the virus, but not for myself. I, like many others, believed that young people were less likely to get sick, and that if they did, the illness was mild, with a quick recovery.

“I now know that isn’t the case. The fact is that young people with no clear underlying health conditions are getting seriously ill from COVID-19 in significant numbers. And young Americans—no matter how healthy and invincible they feel—need to understand that.”

Please read the entire piece, and take her closing advice to heart:

“We still need better data to fully understand how young people are being affected by COVID-19, but until we can get it, we have to spread the word, and ask friends and family—no matter their age—to stay at home.”