COVID — it’s not over

The U.S. Congress has cut funds to help fight COVID, and one government official warned last week that it’s too early to give up the fight. Without that money, U.S. Health Secretary Xavier Becerra warned that the U.S. may soon be beset by a second Omicron variant that is currently hitting Europe and Asia.

For reference, in the last two years of COVID, nearly 1 million Americans have died because of the disease, by far the most deaths recorded in any country over those 24 months.

In addition, Moderna — the creator of one of the three main vaccines in the U.S. — has asked the Food and Drug Administration to authorize a fourth shot for Americans as a way to keep new variants at bay here as they hit other countries.

Anniversary stories can be tempting to do, and in the case of COVID — a disease that affected all of us in some way — the danger is casting the story as a look back at the pandemic when we’re technically still in it.

And schools are now operating without mask mandates. How many students in your school choose to mask up? Has attendance gone up or down after the removal of mandates?

My kids' school made masks optional on Monday. My 7yo has stayed masked but reported that only 1/4 of her peers kept masks on. Today, the entire class is out sick.

For reference, more than 35,000 Americans tested positive for the virus on St. Patrick’s Day, March 17, and 931 people died that day from COVID.

The questions to ask your administration, parents and students shouldn’t all be about a look back, they should also ask your sources to look forward. How has school life changed forever? How have personal lives changed forever? What will school, movies, dates, restaurants and sporting events look like in the future?

This site has a lot of great data on Americans’ attitudes about the “Return to Normal.” Can you gather similar data from your community and student body?

Is it harder for 18-year olds to vote?

It depends on where you live, but it’s likely rules have changed since 2020

If you live in the United States, chances are your legislature in the last couple of sessions has changed voting laws in your state — 36 states have passed laws changing how elections are handled in those states. And many of those laws will affect first-time voters, high school students and first-year college students.

Some states have made it easier to vote. If you live in Delaware or Hawaii, for example, you now are automatically registered to vote when you turn 18. Ten states have increased access to mail-in voting.

Yet some states have made voting more difficult. In Texas, more than 23,000 mail-in votes were disqualified in a primary election leading to this fall’s mid-term elections at the local, state and national levels.

Of course, as we’ve noted many times here in the Scroll, the desire to make voting more difficult stems from a lie perpetuated by former President Donald Trump that massive voter fraud cost him the 2020 election.

What election-law changes did your legislature pass in either or both the 2021 and 2022 sessions? How do  18-year olds register to vote in your state? If you’re a college student living away from your home state, how are you supposed to handle that? Where should you register and vote? And if you’re registered in your home state but are out-of-state during an election, how do you cast an absentee or mail-in ballot?

Please let your readers know now before it’s too late in the fall.

Thursday night’s fatal crash on the Great Plains of West Texas killed nine people, including members of a college golf team and the 13-year-old driver of a truck and his 38-year-old passenger.

Texans must wait until their 14th birthday to take driving instruction classes, and can’t apply for a permit to drive with an instructor until they turn 15.

Like so many other laws in the United States, your ability to drive at a certain age depends on where you live. States such as Iowa also allow for exemptions for children who live on farms and help their families with that business.

Do all of your students immediately apply for a learner’s permits and a driver’s licenses when they’re eligible? Why or why not? What are your state’s penalties for operating a motor vehicle if you’re not old enough or if you don’t have the proper permit or license?

It’s a partnership we are officially announcing next week, but you all reading this are the first to get the breaking news because both organizations were just too excited to hold it in until then.

Announcement of winners comes this Friday, March 25 on Q&S Twitter

The announcement of school Blue and Gold winners as well as individual winners in the Writing, Photo and Multimedia Contest will be Friday, March 25 on this website and on our Twitter feed.

Quill and Scroll received nearly 2,000 entries in the 2022 contest, and the judges have nearly finished their work in combing through those entries and picking the top three winners in each of the 35 categories, as well as enough honorable mentions to honor at least 10 percent of all entries in each category.

Scholarships for Advisers and Students

Quill and Scroll will award scholarships again this year to journalism advisers and their students who want to study and/or practice journalism in college.

The $500 Lester G. Benz Scholarship goes to an adviser who undertakes a professional development activity over the summer or in the 2022-23 academic year.

The PSJA Journalism Contest, co-sponsored by Quill and Scroll, seeks to honor the best journalism produced by private and independent school students. It is a “portfolio” contest, one that seeks not to reward single stories, but a pattern of excellence over the course of a year.

Other than Editorial Leadership, work produced for the contest should have been published in a news publication—in print and/or online—or yearbook between April 1, 2021 and March 31, 2022. Deadline for entries will be Friday, April 1, 2022. A virtual awards ceremony to announce the winners is planned for Monday, May 16, 2022 at 7 p.m. EDT.

For PSJA members, the cost for your school is $20 per entry. PSJA membership is free. To join, schools must enroll here to also receive the newsletter. Non-members pay $25 per entry. To become a member, email PSJA Director David Cutler ([email protected]) and sign up for the PSJA newsletter.

If you are interested in entering the contest, email PSJA Director David Cutler ([email protected]), who will send additional instructions and an entry form.

The best high school publications first cover their own school’s athletes, as well as the events they compete in and the issues facing those athletes before they stretch out to write and produce stories about professional and collegiate sports.

But certain cultural events — the Academy Awards, the Super Bowl, “Saturday Night Live” — are so deeply embedded into American life, that commentary and stories about issues surrounding those events are fair game in scholastic media.

So it is with college basketball in March in the U.S. Bracket busting and buzzer beaters become a part of our conversations. The drama of a 15 seed like St. Peter’s making it to the Sweet 16 makes for a great story. 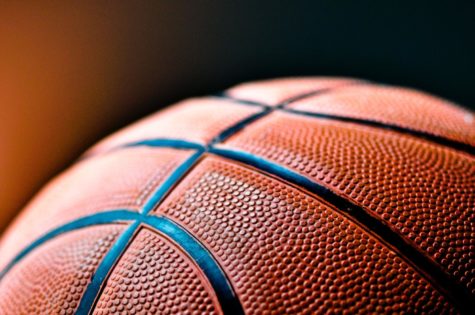 Photo by Kylie Osullivan on Unsplash

Most schools have a deep history of athletic endeavors, in any number of sports, that contain all sorts of great stories. At this time of year, it’s wrestling, basketball and hockey that take center court, so why not look back at some old yearbooks learn a little about that “Cinderella” team from your school that made an unlikely run all the way to State.

How long ago was that? Where are some of the players and coaches now? Could you find some old footage and/or photos of the game? Could you put together a great historical video or written piece about that wondrous time?

Don’t forget about history. Journalists sometimes say their job is to write the first draft of history. Why not sometimes write the second or third draft, revising a story for a new generation to love.

For this week’s “Just a Thought,” we turn over the space to Stacy Grubar, a student at Citrus Valley High School in California, and the host of the podcast “Uncomfy Questions.”

Stacy entered this episode of “Uncomfy Questions” in our Writing, Photo and Multimedia Contest, and — spoiler alert — it will win an award when we announce all winners Friday, March 25.

In this episode, Stacy interviews “AJ,” a student who identifies as bisexual, transgender and questioning. The podcast is notable because of its host and her organizational and interviewing skills, and because of “AJ,” who tells their story in a way that we can all understand.