No Jab, No Job

Thousands of workers choose unemployment over the COVID-19 vaccine

Across the country, employers are firing workers for refusing to comply with vaccine mandates. Some people are opting to quit their jobs rather than take the shot.

These workers represent only a tiny fraction of overall employees, not even 1% in some workplaces. But it can add up to thousands of people in many states.

According to NPR, Washington state reports that so far, nearly 1,900 state workers, including the head football coach at Washington State University, have quit or been fired for refusing the vaccine. In Michigan, 400 workers at the Henry Ford Health System in Detroit walked away from their jobs. North Carolina-based Novant Health fired about 175 employees.

In Iowa, a bill was just passed that will allow those who get fired for not complying to vaccine mandates eligible for unemployment compensation benefits. Legislators say that the bill will help businesses from being stuck between a rock and a hard place if the Biden administration follows through with its plans to require vaccine mandates for federal contractors and all businesses with more than 100 employees.

What do vaccine mandates or recommendations look like in your area and how would Biden’s plan affect them?

Of course, when reporting on vaccine-related matters, it’s important to talk to researchers and experts in order to get the more accurate information. Misinformation about the pandemic and vaccines have been made extremely prevalent and we do not want to add to that.

However, with a feature story like this, you also want to get the opinions for employees and employers that both support and oppose the plan. The angle isn’t necessary efficacy of vaccines, but rather, how businesses will adapt to or fight any new legislation going forward.

Sorry, Mom and Dad; back to work

Just last week, Meghan, Duchess of Sussex, was writing congress in support of paid family leave, and now it has been cut from the spending bill all together.

The plan had initially called for 12 weeks of paid family leave, which includes leave for new parents and elder care. That was whittled down to four and finally down to none. The Biden administration has said paid leave would make the U.S. more competitive in the global market because women are often the hardest hit by restrictive or nonexistent paid leave policies.

In a PEW Research study, among 41 countries, the U.S. is the only county without paid parental leave. The country with the most paid leave was Estonia with 86 weeks of paid leave! Thats over a year and a half!

Talk to parents about why they wish (or don’t) the U.S. had better parental leave policies. Businesses will be a good source too because you can see if they would appreciate family leave or if it makes it more difficult to find workers when someone is on leave.

This topic is one that hits home for so many people — whether or not they are parents. So in order to do the story justice, go out and get as many voices as you can.

A study you can read about at The Conversation shows that a state’s financial investments in public benefit programs for low-income families are associated with less child abuse and neglect. The study examined the relationship between states’ rates of child maltreatment and their annual spending per person in poverty on major benefit programs from 2010 to 2017.

Child maltreatment is a public health crisis. By age 18, at least 1 in 8 U.S. children will have experienced abuse or neglect. This leads to poorer overall health and mental health, as well as worse socioeconomic outcomes, for those individuals and society.

The Center on Poverty and Social Policy has a list here of various social programs that have effected poverty both positively and negatively.

When reporting on policies that effect elementary and middle school children and how they are treated, you always need to be careful. Media reporting on children and young people should never put them at risk. For a story like this you would want the entire family’s perspective anyway.

Here are some tips to follow when reporting and interviewing children:

Over 1,500 entries spread across 30 categories have been sent out to judges for the 2021 Yearbook Excellence Contest. They will be returned to us in a month and we will get results back to each and everyone one of you in early December. Phew — The hard part is over. Well done, everyone. 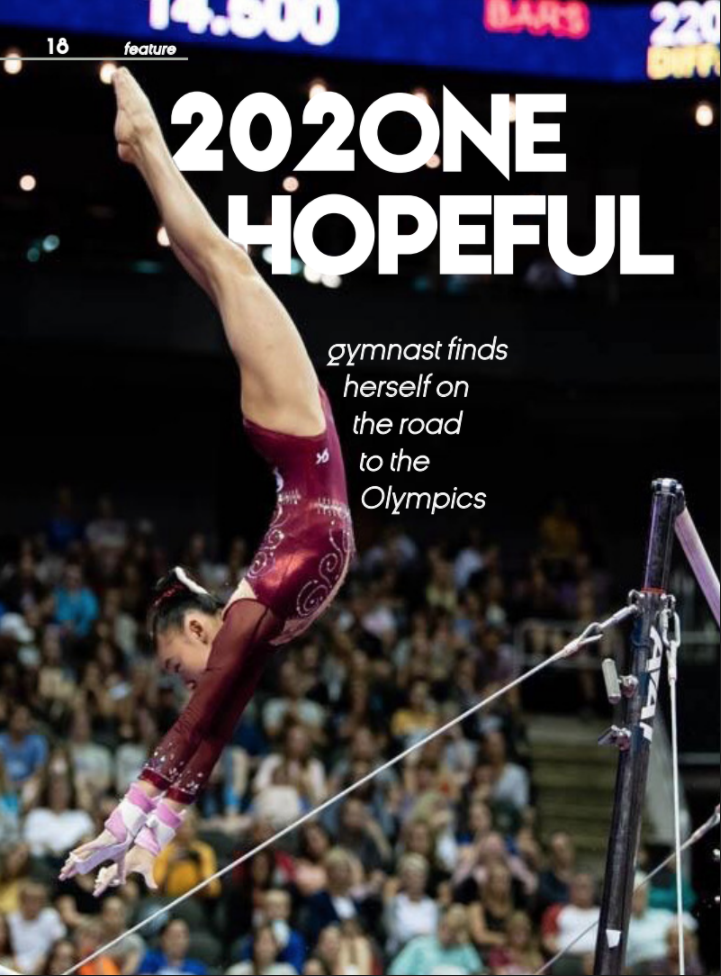 While you wait to get results back from our Yearbook Excellence Contest, you can look ahead to our WPM contest that will open up in exactly one month.

Multimedia Features Package will be the 35th category in the 2022 International Writing, Photo and Multimedia Contest sponsored by Quill and Scroll. Last year we saw more than 3,100 entries from the U.S., South Korea, Canada and China, and 320 students were honored.

The deadline for entries is Friday, Feb. 4, 2022 and all entries must have been published online or in a publication, either school-based or professional.

So don’t procrastinate, it is never too early to start gathering entries for the contest.

The Journalism Education Association last week announced that is searching for a new executive director. The position includes management of general finances and events, including addressing diversity and equity concerns. The biggest change to this position is that now the Executive Director can work remotely, which will expand the number of applicants available.

Interested applicants should view the job posting which breaks down the requirements of the position as well as the necessary application materials.

Leading the nominations are Olivia Rodrigo, Doja Cat, and the Weeknd

Nominations for the American Music Awards (AMAs) honor artists based on commercial performance were announced last week. The AMAs are different than the Grammys, which honor musicians based generally on achievements within the music industry.

Musicians and public figures are also criticizing the AMAs for nominating country singer Morgan Wallen for two awards: Country Album, and Top Male Country Artist. Wallen went viral earlier this year after being recorded saying the n-word while with friends, resulting in his losing multiple sponsorships and performance opportunities.  He later apologized and pledged to donate $500,000 to organizations that support racial justice.

Show-runners of the AMA’s say that Wallen will not be invited to the actual awards show, and will not be performing or given the chance to accept his awards if he wins.

It’s important that as a high school journalist, you are constantly thinking critically about the world around you. Ask students in your local community how they feel about the treatment of Morgan Wallen. Does he deserve to receive any nominations? Does donating money absolve his actions?

Another important aspect of holding celebrities accountable is to constantly fact check. Rolling Stone published an article that attempted to find where Wallen’s donations went, and the results were basically inconclusive. When writing articles, even at a local level, always double-check your sources and fact-check their answers.

Baldwin at center of tragedy

Alec Baldwin is currently actively participating in an investigation with the Santa Fe police department after a day of work went horribly wrong earlier this week. Baldwin was handed a gun by an assistant director that he was told did not have live ammo in it, which he later learned was not true.

Now reporters are learning that the assistant director, Dave Halls, was previously fired from a movie set in 2019 after a similar gun safety incident where another prop gun was accidentally discharged and wounded a crew member. New information is also being learned about the working conditions of the film, which many crew members said were less than ideal, “Corners were being cut — and they brought in nonunion people so they could continue shooting,”.

Since the incident, production of the film has been stopped.

Asking the right questions is crucial. In this particular situation, instead of looking for someone to blame, reporters looked for evidence and gathered information. Mistakes are bound to happen in any given circumstances, but in this particular scenario, it’s clear that there was a pattern of miscommunication and inaccurate safety procedures.

Understanding the circumstances leading up to tragedies are just as important as knowing the events themselves. Look into your states gun policies, specifically on the usage of prop guns. Do they need to be updated as well?

The first season of Netflix’s “Tiger King,” released in March of 2020, had nearly 34 million viewers within 10 days of its release. The first season was widely praised by critics and viewers alike, and Netflix promises its subscribers an even juicer sequel.

The cast may look a little different than the first. Joe Exotic is now in prison for hiring two different hit-men to kill Carole Baskin, but claims he has been falsely imprisoned. Baskin refused to join in for the new season, citing an inaccurate portrayal in the original that suggested she killed her husband. The second season will also center around tiger enthusiasts Jeff Lowe, Tim Stark, Allen Glover, and James Garretson.

The new season will be released on Netflix on Nov. 17.

The crazy world of Netflix’s “Tiger King” definitely wasn’t everyone’s favorite, but it’s important as journalists to understand why it became a global phenomenon. One thing you could do here would be to write a review. Watch the first season to understand the background of the show, so that when the second season comes out you can write a thorough review and see if it lives up to the hype.

And if you’re really into psychological examinations of the American psyche, ask some psychologists why so many millions of Americans enjoy watching dysfunctional people be horrid to each other on national television.

In other words — what is wrong with us?

Even though Halloween was yesterday, we still see frightening scares in our media everyday. Misinformation!

Fact-checking is a pivotal aspect of journalism — one that many people tend to forget about. With misinformation being able to spread like wildfire, being a beacon of truth is that much more important.

While there will still be people on the internet, who will believe what they want to believe, you can still do your part to make the truth heard.

My go-to fact-checking websites and services are Poynter, Politifact, and Checkology. Poynter actually has their Teen Fact-Checking network that posts daily fact-checks by teenagers, for teenagers. Their ratings? Legit and not legit. It gives high school journalists a look into in depth fact-checking and how it can appear in any kind of story.

Politifact fact-checks on, you guessed it, politics and political statements. They give readers the opportunity to see politics clearly and understand what is going on in D.C. and around the country.

Checkology is a great service that has lessons and other resources to show you how to navigate today’s challenging information landscape.

Being able to fact-check not only makes you a better writer and journalist, but also a better reader. You will be able to stop the chains of misinformation on social media by understanding what true or not. So share, the importance of fact-checking with your news room and keep it a priority as you work together to create an environment of truth-telling.