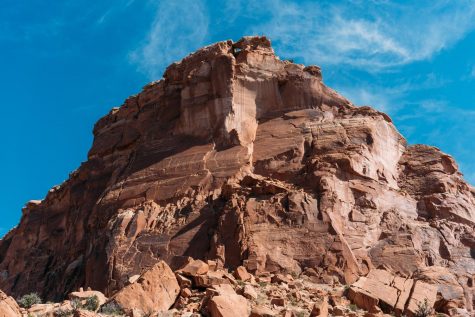 Photo by Charlie Marusiak on Unsplash

Orange and Black and read all over

Madi Martinez, Luke Aubert and 23 other journalists from Grand Junction High School in Colorado will be awarded this weekend with the Student Journalist Impact Award, judged and sponsored by Quill and Scroll, in conjunction with the Journalism Education Association.

You can read more about the award and their work in this news release written by JEA.

Madi, and Luke, the editors of the publication The Orange and Black, along with their staff last year produced a 28-page special edition that chronicled their investigation into the condition of the GJHS building.

The investigation was more than two months in the reporting, but the final product was worth it, not because it won our award, but because it opened the community’s eyes to the chronic neglect and underfunding their school district has been dealing with. It led to a referendum last November in which voters narrowly defeated a proposal to raise funds to improve the condition of the building. Despite that defeat at the ballot box, students and school officials feel empowered to raise the issue again — all because of the work of student journalists.

The meaning of their work — and the meaning of the work done by all those students who have won the Student Journalist Impact Award over the past 26 years — carries lessons for every student journalist and journalism adviser who want to make “a significant difference in his/her own life, the lives of others, the school he/she attends and/or the community in which he/she resides.”

If that’s your goal as a journalist, then you need to ask yourself several questions.

Is there a problem here?

Problem-solving is one of journalism’s highest callings. But identifying real problems and understanding how they can be fixed isn’t easy.

Bob Woodward calls this investigative stage “Find Your Story,” and that’s the essence of this step. But where does that story come from? The perceived slights of a peevish reporter? The personal vendetta of a disgruntled student, parent, administrator or teacher? Hardly.

When I taught investigative journalism at the University of Colorado, we started with a simple exercise — crowdsourcing. What did our audiences — and that included students, parents, administrators and teachers — think was worth investigating? And what information did they have that we could sift through to determine whether this story really was a story?

In other words, before we began our in-depth reporting, we had to do reporting.

For every reasonable lead we were given, sources gave us another dozen that were based on perceived problems, but nothing that had an impact on a great number of lives.

In the case of the students at GJHS, they began with simple observation — the reporters and their classmates observed the dilapidated conditions in their own school and began the investigative process.

Their observations, dramatized in the report as a series of photos both historic and contemporary, became a two-page spread at the beginning of the Orange and Black series simply showing the problem in the most visually arresting way. 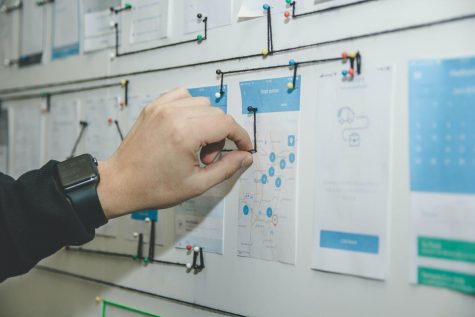 Photo by Alvaro Reyes on Unsplash

How did it get to be this way?

In Woodward’s terms, this is the “hunt down documents” part of an investigation.

At CU we were doing an investigation into several stories about immigration in Colorado, so the “hunt down documents” phase began with “Migrahack,” a program sponsored by professional journalists in Los Angeles, Washington, D.C. and New York. They helped us identify government and non-governmental databases from which we could draw data, as well as historical documents that included legislation passed by the U.S. Congress all the way back to the late 18th century.

Similarly, when we reported on gun deaths in Colorado, we collected coroner’s reports from all 64 of the state’s counties so we could have accurate counts and descriptions.

The high school students in Colorado found documents and news reports from the school’s 1956 opening, but also drew a great deal from a 2017 report done by the school district that detailed problems such as mouse droppings and cockroach infestations. They got the unredacted report because they filed a request under the Colorado Open Records Act, the state-level version of a federal Freedom of Information Act (FOIA) request.

The students even cited studies that revealed that a school’s lack of natural light can inhibit learning.

Who knows the most about this problem?

The human element is important to any story, and investigations are no different, but trusted experts are absolutely necessary if any report is going to have authenticity and credibility.

From the very beginning of their report, the students at GJHS contacted and got revealing information from sources that included school district officials, school administrators and academic studies that revealed problems in their school.

The scope and depth of the sources from which the student journalists drew was impressive.

How can this problem be solved?

In 2013, the Solutions Journalism Network was founded in order to “rebalance the news, so that every day people are exposed to stories that help them understand problems and challenges, and stories that show potential ways to respond.”

In Grand Junction, the students looked in-depth at the district’s budget, the challenges facing every secondary school in the district and plans already underway to improve the physical condition of all those schools.

And they provided contact information of school board members so those stakeholders could voice their vision and concerns to the proper authorities.

It was textbook solutions journalism combined with an investigation.

Finally, it took these students months to complete the investigation, to write the stories, to take the photos, to design the pages, to re-write, edit and fact-check. In the end, they made a lasting impact on their community, and they exhibited the best that student journalism can offer.

Congratulations to Madi, Luke and the staff of the Orange and Black, and to their adviser, Dr. Megan Fromm.

Adviser scholarship applications are now due April 30. You can earn $500 that you can apply to a program of study at a university or to a summer learning experience such as the JEA Advisers Institute.

Here’s the fourth in a series of videos highlighting former scholarship winners:

Ryan Foley also sat down for a longer conversation with Quill and Scroll. He talks about his days at Davenport West (Iowa) HS and the University of Iowa, his stories that ended up being the basis for the Netflix series “The Making of a Murderer,” and what are the stories student journalists can cover during the pandemic. It’s just another in our podcast interview series, THE SOURCE.

We published this update earlier this week. It includes a simplified order form for schools and advisers willing to pay via credit card, and an offer to host an online induction ceremony for your students.

In these extraordinary times, we’ve decided to make public the full slideshow of the top three places in each category of our 2020 Writing, Photo and Multimedia Contest and our 2019 Yearbook Excellence Contest.

Here is the slideshow of the recently completed WPM Contest.

Here is the slideshow of the 2019 Yearbook Excellence Contest.

Enjoy, and use as you see fit.

If you’d like to reach an even broader audience for your pandemic reporting, the World Teenage Reporting Project can offer just that. Sponsored by the Global Youth & News Media Prize, the project is pulling together the best COVID-19 coverage from teenagers around the world.

If your parents have put you in charge of cleaning every item that comes into your house during your pandemic stay-cation, Inc. magazine has written a comprehensive piece to show you how to kill the virus dead if it’s clinging to anything brought into your domicile.

You may have heard your parents (grandparents) or a teacher mention John Prine at some point in the last two weeks. You may have noticed his name at the top of the Billboard rock songwriters chart this week. Or you may have seen one of the many tributes to him online.

So you may be wondering why Baby Boomers and Gen Xers are making such a big deal of his April 7 death due to COVID-19. You can certainly check out any of the multitude of his videos on YouTube, but the tribute below, presented by NPR’s “Tiny Desk” concert series shows how much he influenced artists of all ages.

Most importantly, it shows how his songs capture the beauty of the lives we lead, the power and intimacy of good storytelling, and the immediacy of language, even in these most difficult times.