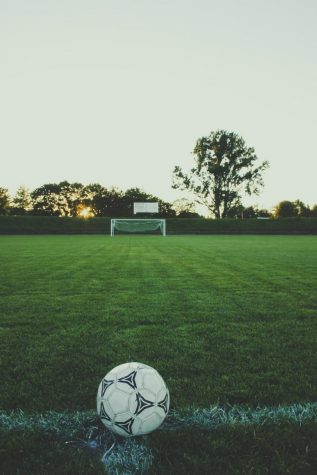 Photo by Markus Spiske on Unsplash

If you don’t already know, probably the single best resource for high school journalism advisers is the Journalism Education Association’s email listserv, which seems like a dated concept, but most of us on it are pretty dated ourselves.

Earlier this week, an adviser in Plano, Texas asked the group what sort of stories her students could work on now that (deep, heavy sigh followed by sobbing) THERE ARE NO GAMES TO COVER!!!

For her part, the adviser had already assigned some great ideas to her students about athletes training, students participating in esports and general fitness. The list responded, predictably, with another great set of ideas that included:

I teach the Sports Writing class at the University of Iowa. This fall, hopefully, will be my fourth year teaching the class at UI. Before becoming a journalism educator, I was a sports reporter and columnist for The Sun-Sentinel in Fort Lauderdale, Florida. I covered everything from community sports to the NFL and a couple of Final Fours.

The class I teach at UI is, in essence, a multimedia sports writing class because we write stories for print and online, and we write scripts for both audio and video pieces. We also do some fun stuff, like how-to pieces, listicles, historical features and statistical analyses, which students can also work on during these times.

In total, only about half the work the students produce and analyze is connected to actual game coverage — advances (previews), game stories, columns and sidebars. The rest of the work the students do in my class is meant to be timeless, meaning it doesn’t rely on a game that’s either just been completed or is coming up.

So the students do a lot of reading from some of the great sports reporters of our time, including Joe Posnanski, Wright Thompson, and others. The students’ two most heavily weighted assignments are a personal memoir related to sports and a long profile that reads like a short story.

The personal memoir story is one in which the students tell a personal story about triumph, perseverance, training — even fandom — that can help someone else learn a little about their own life. Students have written about hunting trips with their father, learning how to master a video game, and being gravely injured while skiing, among other topics. 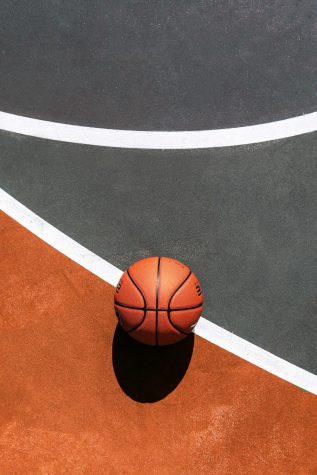 Photo by Tommy Boudreau on Unsplash

The long-form profile challenges them to write about something other than sanctioned NCAA varsity sports or even team sports. They’ve written about billiards champions, Crossfit wannabes, and competitive darts players (dartists? darters?).

A few of the best personal memoirs from just one semester’s syllabus that students have analyzed and mimicked:

A few of the best long-form profiles from the same semester they’ve analyzed and mimicked:

Whether you’re reading this as a student journalist or as an adviser, the key thing about being a sports writer now is getting back to what’s most important about sports reporting in the first place — telling stories of the human will, overcoming obstacles and staring down adversity, all the while marshaling every technique that creative writers use to best tell a story.

If you do those things, once the games begin again, you’ll write some amazing stories.

Chapter of the Year deadline approaching

April 10 is the deadline to enter the Q&S Chapter of the Year contest. The entries are free, and you can win memberships, cords and a spot on the Q&S national Student Advisory Board. Do it now!

Adviser scholarship applications are due April 15. You can earn $500 that you can apply to a program of study at a university or to a summer learning experience such as the JEA Advisers Institute.

Here’s 1996 winner Barbara Hollingsworth Tholen talking about the importance of her Q&S scholarship.

Quill and Scroll encourages students and advisers alike to expand their journalistic skills and knowledge by going to a summer institute this year. They’re fun and valuable, but at least one has already decided to cancel for this year. Check out our partners here.

Follow their links to see their dates and any updates on their plans.

That video of Barbara Tholen above was part of a longer interview done via Zoom teleconference, and we turned that longer interview into a podcast where she discusses her high school journalism experience, her professional reporting career and her students’ work in earning a 2019 Pacemaker from NSPA. Oh, and you get to hear her youngest child and my dog!

Communicate over the phone or on video chats

Everybody knows by now that we should be socially distancing ourselves by staying at home until the country’s health care professionals can catch up to the coronavirus and COVID-19. But it’s also important to do more than hit up social media. We need to talk to people and see their faces, whether it’s on the phone on via video conferences. It’s good for our mental health in these difficult and disconcerting times.

NSPA and JEA get on with business

The National Scholastic Press Association has turned its Best of Show contest into an offsite digital contest. In addition, NSPA will announce its online, yearbook and magazine Pacemaker Awards — the Pulitzers of scholastic journalism — in a video presentation set for Friday, April 17 at 1 p.m. ET, noon CT, 11 a.m. MT and 10 a.m. PT. (That’s 8 a.m. in Hawaii.)

In addition, NSPA has teamed with three professional journalism organizations to host a contest designed to honor the best COVID-19 coverage by high school media.

There are three categories — General Content, Photography and Design  — and the entries can be printed, online or broadcast/video. Entry is free, and the first deadline is April 15.

Colorado Gov. Jared Polis signed into law the adviser protection additions to the Colorado Student Free Expression Law. The new law should go into effect sometime this summer or early fall, but that’s unclear now because the Colorado General Assembly is shut down because of COVID-19.

A look back at the Spanish Flu

It was 1918, and the world was suffering through an epidemic that would eventually kill 675,000 people in the U.S. alone.

Here’s a great historical feature from The New York Times that serves as both a great history lesson and a great example of how historical features can be just as important as “timely” feature stories. FYI, the Times and most all pay news sites have made all their coronavirus coverage free through the duration of the pandemic crisis.