Day 2 of arguments ended Thursday in the U.S. Senate trial of President Donald Trump after Trump was impeached by the House of Representatives earlier this month.

So far in the three-day argument period, the Republican-majority Senate voted along party lines not to hear any new witnesses or to admit any new evidence in the trial of Trump, who was impeached on charges of abuse of power and obstruction of Congress.

The abuse of power charge relates to Trump’s alleged scheme to withhold billions of aid dollars and a president meeting from Ukraine unless that country’s president opened an investigation into former Vice President Joe Biden, who is running for president in the Democratic primaries.

The obstruction charges correspond with Trump’s successful attempts to keep current and former White House officials from testifying, and to keep documents from being released.

Democrats from the House, led by Rep. Adam Schiff (D-California) have been presenting the case against the president. They have taken up most of the time in the trial to date.

Friday’s session will mark the end of the argument period. You can watch live and without biased commentary, on C-SPAN, via cable or streaming on YouTube. The president’s attorneys will take center stage on Saturday, something the president noted early Friday in a tweet:

After having been treated unbelievably unfairly in the House, and then having to endure hour after hour of lies, fraud & deception by Shifty Schiff, Cryin’ Chuck Schumer & their crew, looks like my lawyers will be forced to start on Saturday, which is called Death Valley in T.V.

At the end of the trial — which is presided over by U.S. Supreme Court Chief Justice John Roberts — the Senate will vote. A two-thirds vote (67 senators) would remove the president from office. The Senate currently has 53 Republican senators, 45 Democratic senators and two independents.

Make no mistake, whether President Trump is removed from office or not, you are witnessing history in the making, and our democratic republic is on full display to the world. And young people are making their voices heard.

MTV News went to Washington, D.C. to hear what young people have to say about what’s going on. They interviewed several young people, including a 17-year old from Maine who said, “I think the role of young people is to stay angry. Even if it doesn’t go the way we want, stay angry so it doesn’t happen again.”

China locks down a city

In an attempt to prevent the spread of the deadly Coronavirus, the Chinese government locked down the city of Wuhan, which is the epicenter of the virus.

Here’s one American reporter’s story of his escape from Wuhan.

This post from The Radical Copy Editor is about two years old, but it’s never too late to review some basic rules of word use when writing about transgender persons at your school, in your community or in the public eye.

“As trans people have fought for survival, we have also fought for the right to describe ourselves in our own language and to reject language that criminalizes, pathologizes, or invisibilizes us. Just as there is no monolithic trans community, there is also no one “correct” way to speak or write about trans people.” 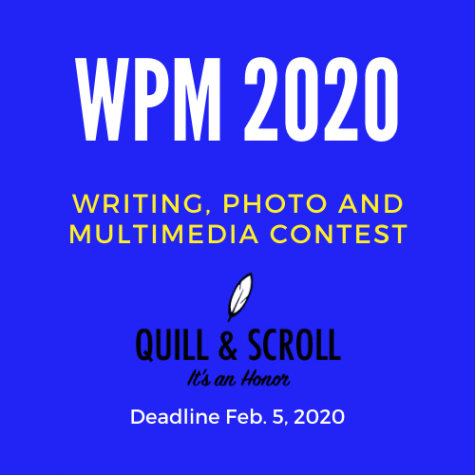 Our Writing, Photo and Multimedia Contest is now open for entry until Feb. 5, 2020.  This year, we’ve updated the contest so that it rewards students with the work they regularly produce in their newsrooms. 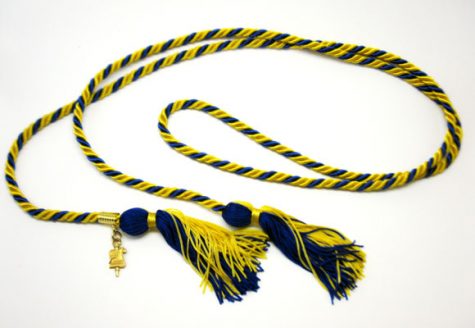 As the spring semester continues, orders pour through our doors. Complete your orders for graduation cords and pins now to ensure quick fulfillment! We have both member and nonmember awards available.

Quill and Scroll this year will award its first Vanessa Shelton Chapter of the Year honor to a deserving chapter. The application process is simple and free, so there’s no reason not to enter. Here’s a link to the page describing the award and former Quill and Scroll Executive Director Vanessa Shelton. It’s also where you’ll find the entry form.

Two podcasts coming up from Q&S

Quill and Scroll next week will release two podcast episodes.

The first will include an interview with photojournalist Barbara Kinney, who served as Hillary Clinton’s photographer both during Clinton’s time as First Lady and while she ran for president as the Democratic candidate in 2016.

The second will feature Kai Wright, an author and journalist who also hosts podcasts, including one called “The United States of Anxiety.”

Here’s a link to our Podbean channel, where you’ll find the podcasts.

On January 29, 2020, students across the nation will celebrate Student Press Freedom Day, a day of recognition sponsored by the Student Press Law Center. This day celebrates the contributions of student journalists and focuses on the need for freedom in student publications from censorship.

An end-of-the-year survey conducted by Kaplan, a test prep company, showed that more college admissions officers are looking at an applicant’s social media sites than ever before. The survey results found that 36 percent of 300 participants surveyed visited applicants’ social media sites in order to learn more about them. This is up 25 percent from 2018.

The use of social media in admissions processes is still widely debated, according to the officers surveyed by Kaplan. According to Sam Prichard, director of college prep programs for Kaplan Test Prep, “Our consistent advice to teens is to remain careful and strategic about what they decide to share. In 25 years, you’ll definitely remember where you graduated college from, but you’ll unlikely remember how many people liked that photo of what you did over winter break.”

The results serve as reminders for teenagers that what they post on social media does matter and can be seen by any audience. While there is no guarantee that content will be shown to potential college admissions officers or employers, the results of this survey reflect the importance of being aware of what you post online.

On January 18, Buckingham Palace announced that both Prince Harry and his wife Meghan are required to step back from their royal titles (His/Her Royal Highness), duties, military appointments and public funding after agreeing to no longer publicly represent the royal family of Sussex. This comes after Harry and Meghan originally expressed unhappiness in a Tom Bradby interview regarding media hounding and handling the pressures of marriage in the environment of the royal family.

With the couple shedding their royal titles and duties, they will now be responsible for maintaining a living outside of what was given for their past royal duties, including appearances and military work. The couple has decided to split their time between living in North America and the United Kingdom.

The agreement will take effect in Spring 2020. Read more about the royal exit and logistics of the deal here.

The San Francisco 49ers assistant offensive coach Katie Sowers will break history as the first female and openly gay coach to appear in Super Bowl history. The second female coach in NFL history, Sowers started as a training camp assistant for the Atlanta Falcons before joining the coaching staff of the 49ers in 2017. She is a previous member of the 2013 United State’s National Football Team and the Women’s Football Alliance.

Sowers was recently featured in a national commercial for the Surface Pro 7, reading an entry in a childhood diary expressing her desire to be a part of a real football team.  Sowers told Outsports in 2017, “No matter what you do in life, one of the most important things is to be true to who you are… The more we can create an environment that welcomes all types of people, no matter their race, gender, sexual orientation, religion, the more we can help ease the pain and burden that many carry every day.”

If your daughter has a dream of being a football coach in the NFL… or a ballerina… or a professional soccer player.. or a teacher.. or a nurse.. or a doctor.. or an astronaut.. or even PRESIDENT.. just let her know this… She. Can. Do. It. And she will change the world.

The San Francisco 49ers will play the Kansas City Chiefs on Feb. 2, airing on Fox.

News organizations for centuries in the United States have endorsed politicians for offices as huge as the President of the United States and as small as local school boards in rural school districts. Some of those endorsements have been arrived at on the whim of a single editor. Others require a team of seasoned professionals.

The New York Times — along with the Wall Street Journal one of the country’s most influential newspapers — has changed its course this year and has conducted its endorsement process for the Democratic presidential primaries as much in public as possible prior to the beginning of primary and caucus season in early February.

The Times editorial board again conducted interviews in its offices of every major Democratic contender. But this time, the 15-member board did it with cameras rolling, and debuted a 50-minute television show Sunday night to announce their choices: Sen. Amy Klobuchar (D-Minnesota) and Sen. Elizabeth Warren (D-Massachusetts). They also included a transcript of all their interviews both online in their Sunday printed newspaper editions.

Now they’re releasing daily podcasts to delve further into each of the issues championed by all the candidates, not just Klobuchar and Warren.

Student journalists have some thinking to do if you haven’t already begun to make decisions around endorsements:

If you’re still not sure what your editorial stance will be through the primary season and into next year’s general election, take some time to hammer out what your coverage will entail, in both news and opinion, and then stick to your principles.

And don’t hesitate to record your own editorial meetings if you think you’d like to show your audiences how you make important decisions about coverage. The world can always use another podcast, am I right?